POMPEO BACKS CANADA ON 'COERCIVE DETENTIONS' OF CANADIANS IN CHINA

U.S. Secretary of State Mike Pompeo says his country is sticking with Canada in fighting what he calls China’s “coercive detentions of Canadian citizens.” 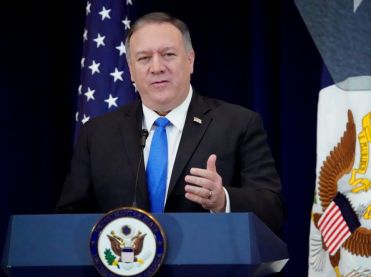 Champagne says it was “a very productive call.”

In their separate accounts of the exchange, neither mention any detainees by name, but China has held two Canadians for more than a year.

Diplomat Michael Kovrig and entrepreneur Michael Spavor were picked up days after Canada arrested Chinese tech executive Meng Wanzhou on a U.S. extradition warrant related to charges of bank fraud, and Canada has had no luck so far in pressing for their release.

Prime Minister Justin Trudeau has said he’s asked the U.S. not to sign a new trade agreement with Beijing until the Canadians are freed.