U.S ASTRONAUT SETS RECORD FOR LONGEST SPACEFLIGHT BY A WOMAN

A U.S. astronaut has set a record for the longest single spaceflight by a woman. 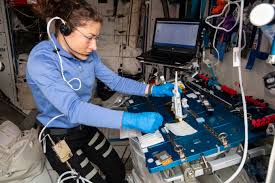 The 40-year-old electrical engineer from Montana has been in space since March 15th.

She is expected to spend about 11 months on board the International Space Station, falling short of astronaut Scott Kelly’s 340-day U.S. record.

A Russian cosmonaut holds the world record at 15 months on a single mission aboard the former Mir space station in the mid-1990s.