Dozens of elderly people are without a home after a seniors’ residence 250 kilometres northeast of Quebec City was destroyed by fire early Sunday. 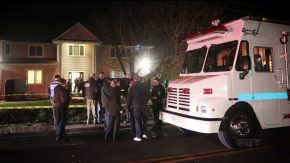 Quebec Provincial Police say the fire was first reported about 2am. All 70 residents were taken out of the building in Trois-Pistoles safely and none was injured. But because of the damage they will not be able to return to their units, and currently a search is underway for other places to house them.

As for the cause of the fire, police say they aren’t excluding the possibility of arson.

It was nearly six years ago on January 23rd 2014, 32 residents of a seniors home in L’Isle Verte, Quebec were killed when a fire ripped through the building. After that tragedy, scores of new rules were adopted by the province to make sure such a tragedy never happened again.