Authorities say they have found handwritten journals containing anti-Semitic references in the home of a man charged with federal hate crimes in the stabbing of five people celebrating Hanukkah in a rabbi’s house north of New York City. 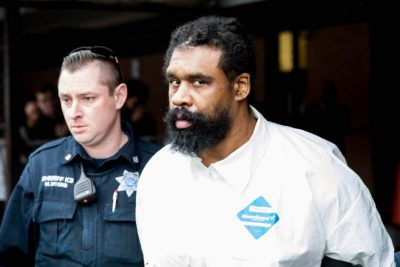 Grafton E. Thomas was expected to appear in federal court in White Plains to face five counts of obstructing the free exercise of religious beliefs by attempting to kill with a dangerous weapon and causing injuries.

The attack occurred amid a series of violent attacks targeting Jews in the region.

On Sunday, Thomas pleaded not guilty to five counts of attempted murder and one count of burglary.

In court papers filed in a 2013, Thomas said he suffered from schizophrenia, depression and anxiety.