British Columbia’s human rights commissioner is calling on Canada to stop building a contentious natural gas pipeline until the affected Indigenous groups consent to the construction. 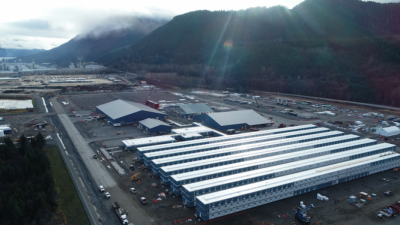 Kasari Govender says she believes Canada is shirking its obligations as a signatory to the United Nations Committee for the Elimination of Racial Discrimination.

Coastal GasLink is building a pipeline from northeastern B.C. to LNG Canada’s export terminal in Kitimat on the coast and has signed agreements with all 20 elected First Nation councils along the planned 670-kilometre route, but hereditary chiefs say the project does not have their consent.

The company says the project is approved, permitted and under construction today by more than 1,000 workers, including many Indigenous people from across the North.

In a series of tweets, Govender also calls on the Canadian government to prohibit the use of lethal weapons and guarantee no force will be used against Indigenous protesters.

Neither the federal government nor the RCMP immediately responded to requests for comment.