The Ontario government says an alert about the Pickering nuclear plant was sent out in error Sunday morning during a routine training exercise. 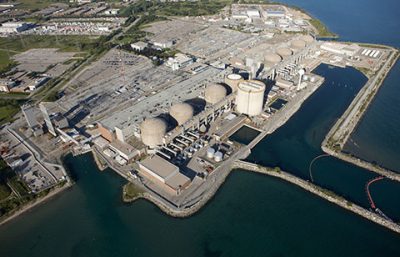 It says there was no incident at the Pickering Nuclear Generating Station that should have triggered public notification.

Nor was there ever any danger to the public or environment.

Solicitor General Sylvia Jones said in a statement the alert was issued in error to the public, during a routine training exercise being conducted by the Provincial Emergency Operations Centre.

The erroneous emergency alert warned Ontario residents about an unspecified incident at the nuclear power plant east of Toronto.

Experts say there’s a risk that public trust in emergency alerts will be undermined by mistakes like this.