It was an ordinary 1968 Ford Mustang GT that became world famous when Steve McQueen drove it in the legendary car chase in the movie “Bullitt” that same year. 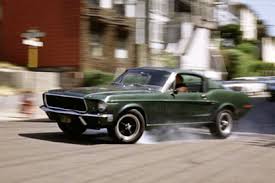 The car, now known as the Mona Lisa of Mustangs, has sold at auction for almost $4 million, a record auction price for any Mustang ever sold.

The price was about 25% higher than the pre-sale estimate.

The final selling price was $3.74 million US.