One of the earliest practitioners and foremost forensic artists in the U.S. has died in Oklahoma City. 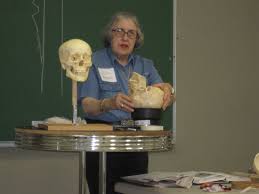 Betty Pat Gatliff used clay to reconstruct the faces of the missing and murdered in the hope of helping police departments learn who they were.

She helped identify some of the victims of serial killer John Wayne Gacy in Chicago in the late 70s and was a forensic consultant on the TV Show “Quincy.”

For more than 40 years, first as a government employee and then as a freelancer, she sculpted some 300 faces with an estimated 70% rate of identification

Betty Pat Gatliff died of of complications from a stroke.