The Canadian father of actor Dwayne “The Rock” Johnson, professional wrestling legend Rocky Johnson, has died at the age of 75. 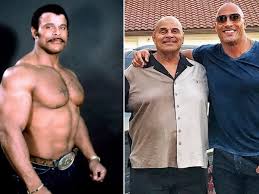 Rocky Johnson was born in Amherst, Nova Scotia and wrestled across Southern Ontario before rising to Fame in the National Wrestling Alliance in the mid-1960s.