Outgoing Conservative Leader Andrew Scheer gathers his MPs and senators around him Friday to plot strategy for parliament’s return on Monday. 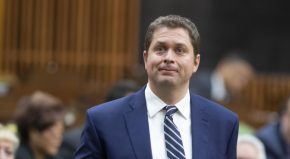 The caucus retreat comes at a time when many Conservatives are planning their own strategies for how best to succeed Scheer.

At least three sitting Conservative members of parliament are launching leadership campaigns, and another former MP and cabinet minister, Peter MacKay, is snapping up support from many others.

But Scheer is expected to remain leader of the party until the members choose a new leader on June 27th in Toronto.

Conservtive MPs need to decide whether to work with the minority governing Liberals to ratify the new NAFTA, which is widely expected to happen.