We’ve learned from Ontario’s health minister, there is an unconfirmed case of the new coronavirus in the nation’s capitol.

“There’s one presumptive case in Ottawa right now,” Elliott explained, “The two in Toronto are two confirmed cases and it’s the husband and wife that we’ve been speaking about the last few days.”

There is also presumptive case of the new virus in British Columbia. Elliot also reassured Ontarians, that the risk of contracting this new virus remains very low. 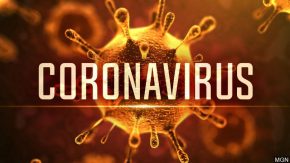 Tens of millions of people in China are in lock down as the number of cases of infection has increased to almost 6000 with 132 dead.

Meantime, Canada’s Foreign Affairs Minister Francois-Philippe Champagne says 250 Canadians have registered with Global Affairs Canada to say they are in Wuhan and about half of them have asked for assistance to get home which he says they will receive.

In a related development, a statement from Air Canada says the airline is cancelling select flights to China “to better match capacity with expected demand” amid the ongoing coronavirus situation. It goes on to say Air Canada customers who are affected will be provided with alternative travel options.