Consuming more food or beverages with the antioxidant flavonol just might help ward off Alzheimer’s disease and other forms of dementia years later. 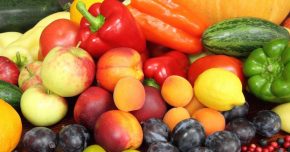 Flavonol is found in nearly all fruits and vegetables as well as tea.

Researchers at Rush University in Chicago followed 921 people over the age of 81, asking them about what they ate, level of education, how much physical and mental activity they did.

They found people who consumed the most flavonol each day were 48 per cent less likely to later develop Alzheimer’s compared with those who ingested the least.

Analysts say this shows an association between dietary flavonols and Alzheimer’s risk, but does not prove that flavonols directly cause a reduction in disease risk.