ABBAS THREATENS TO CUT SECURITY TIES WITH ISRAEL AND U.S.

Palestinian leader Mahmoud Abbas has threatened to cut security ties with both Israel and the U.S. in a speech at an Arab League meeting that denounced a White House plan for ending the Israeli-Palestinian conflict. 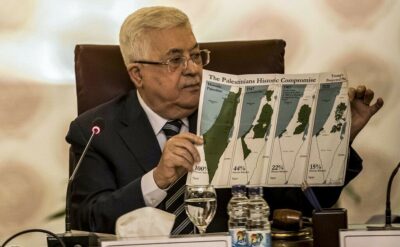 Palestinians requested Saturday’s meeting at the Arab League’s headquarters in Cairo, following what they said was a U.S. initiative heavily favouring Israeli demands.

The plan would grant the Palestinians limited self-rule in parts of the occupied West Bank, while allowing Israel to annex all its settlements there and keep nearly all of east Jerusalem.