London Police say officers in south London shot and killed a man who wounded at least three people in what authorities described as “terrorism-related” stabbings. 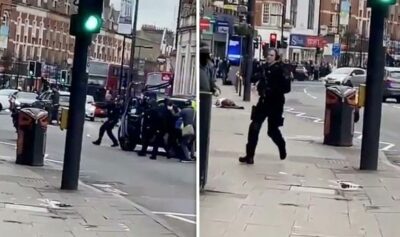 London police say three people were stabbed in a “terrorist-related” attack and one victim has life-threatening injuries.

The Sunday afternoon violence in the Streatham neighbourhood marked a departure from recent attacks in the British capital that took place by high-profile landmarks in central London.

A witness told Sky News he saw officers chasing a man down the neighbourhood’s main commercial street yelling at him to stop.

Roberts says investigators also would research the man’s background to learn more about the attack and any possible co-conspirators.