He was a Hollywood legend. 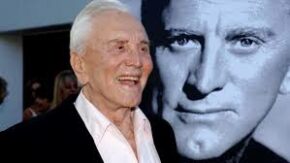 Actor Kirk Douglas has died at the age of 103.

Douglas was born in New York named Issur Danielovitch. He was the son of Russian Jewish immigrants.

He was known for his chiseled body and his dimpled chin and as the father of Oscar winner Michael Douglas.

Kirk Douglas never won a competitive Oscar (he was given an honourary Academy Award). He did earn a lifetime achievement award from the American Film Institute, an honorary Golden Globe and was awarded the Presidential Medal of Freedom.