IRAN FAILS TO PUT SATELLITE INTO ORBIT AMID U.S. WORRIES

Iranian state television says the country’s space program has failed to launch a satellite into orbit. 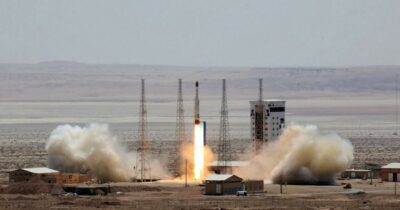 A Simorgh, or “Phoenix,” rocket carried the Zafar 1 communications satellite.

The attempt Sunday comes after two failed launches last year and a rocket exploding on a launchpad at the facility.

The U.S. claims the program is part of broader Iranian efforts to advance its ballistic missile program.

Iran routinely unveils what it says are military and technological achievements ahead of the February anniversary of Iran’s 1979 Islamic Revolution.