Prime Minister Justin Trudeau says he raised the cases of Canadian citizens detained in Egypt with that country’s president at a summit of African leaders. 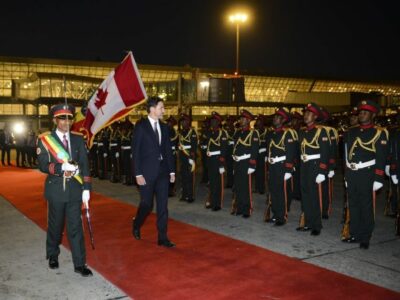 Abdel Fattah el-Sisi is concluding a term as chair of the African Union and is a former general who took power in Egypt in a coup in 2013.

A year ago, Egyptian authorities arrested Canadian engineer Yasser Albaz at the Cairo airport as he was leaving at the end of a business trip and have held him since, without any public charges.

Trudeau is in Africa seeking support for Canada to get a seat on the United Nations Security Council.

In a news conference at the end of the African Union summit, he said promoting human rights comes up in everything he does there.