FORD TORIES GAIN BACK SOME VOTER SUPPORT TO NEAR DEAD HEAT WITH LEADERLESS LIBERALS: CAMPAIGN RESEARCH

With over 2 years until the next provincial election in Ontario, a new poll suggests the three main political parties are in a near dead heat for voter support.

The Campaign Research survey finds the Progressive Conservatives and Liberals each have 30 percent support of voters with the New Democrats at 26 percent. The Greens trail with 11 percent support.

Our strategy panelists discussed the dynamic between the provincial parties on Zoomer Radio’s Fight Back with Libby Znaimer. (Listen to the full conversation by clicking here). 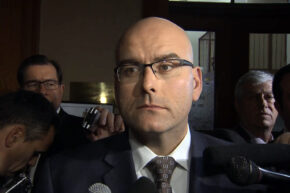 Liberal strategist Charles Bird explained that former cabinet minister Steven Del Duca is poised to become the next Ontario Liberal leader and will likely shake off his connection to former Premier Kathleen Wynne.

“That is fading surprisingly quickly given the current government, and I think by the time of the next election, we’ll have a whole different set of issues on the table,” Bird speculated, “But I think Stephen is precisely what the Ontario Liberal Party needs right now. There’s no doubt we took a shellacking in 2018. There’s a significant amount of rebuilding that has to happen and a ton of fundraising and he is by far in the best position to lead efforts in those regards.”

Liberals will choose their next leader March 7th at a Mississauga convention.