She was a respected, even iconic, Canadian journalist and author. 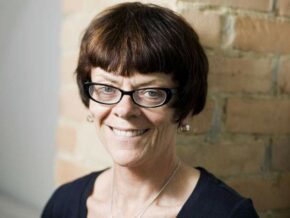 Christie Blatchford died Wednesday morning in Toronto at the age of 68.

Christie was diagnosed with lung cancer in November of last year. The cancer had metastasized to her spine and hip.

In the same month as her diagnosis, Blatchford was inducted into the Canadian News Hall of Fame. She could not attend the ceremony, but her award was delivered to her hospital room by Mayor John Tory.

In a statement at that time, Blatchford said the most meaningful work in her career was as a war correspondent reporting on Afghanistan, where she travelled in 2006 and 2007.

Her first choice of war correspondent notwithstanding, Blatchford became a superstar of journalism through her coverage of crime and the courts.

Besides crime and the courts, Christie Blatchford wrote everything from sports and politics to personal lifestyle stories.

Blatchford worked for every major newspaper in Toronto: The National Post, the Sun chain, Toronto Star and The Globe and Mail.