KNOWN FOR HER FIERCE ARGUMENTS AND OUTSTANDING JOURNALISM, ANNE KINGSTON IS DEAD AT 62

She had a brilliant 40 year career as an award-winning reporter, columnist and author.

Anne Kingston died this week at the age of 62. 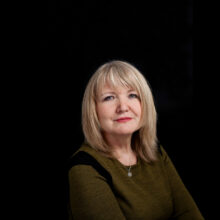 Born and raised in Toronto, Kingston was diagnosed in December with an aggressive cancer. She died on Wednesday at Princess Margaret Cancer Centre in Toronto.

Anne Kingston had started teaching a course at the University of Toronto on the #MeToo movement and the media in September, and was continuing her long tenure as a senior writer at Maclean’s magazine.

She explained just a few months ago why the #MeToo movement was a turning point.

“A common metaphor for the MeToo movement is that it was a dam that broke in October of 2017, but certainly we can trace, and we are going to in this course, be looking at the context for MeToo which can be traced back decades now to the 1970s and the arrival of harassment in the workplace as an issue for the courts and later for public conversation, said Kingston.

Kingston was also a columnist at the National Post from 1998 to 2005, known for detailed dissections of cultural phenomena and social rituals.

A feature she wrote exploring mothers who regret having children was commended for breaking the silence on a taboo subject.

Longtime friend to ZoomerMedia’s Libby Znaimer, Libby writes in tribute, “She was a great writer with a passionate and original voice. Another terrible loss from a fast aggressive cancer. We will miss her compassion, her wit and her words.”

Never married, Anne Kingston was the author of The Meaning of Wife: A Provocative Look at Women and Marriage in the 21st Century. She is survived by her brothers, David Kingston and Rob Kingston, and several nieces and nephews.