Ontario’s legislature is set to resume today under the shadow of escalating job action by the province’s four major teachers’ unions and no doubt with a word or two about the province’s new license plates. 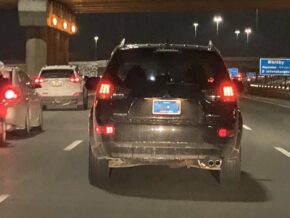 The ministry of Government and Consumer Services says it’s looking into it.

The labour dispute between the Ford Tories and the province’s teachers will likely dominate today’s proceedings as a coordinated province-wide strike is set for Friday and will see about two million students out of class.