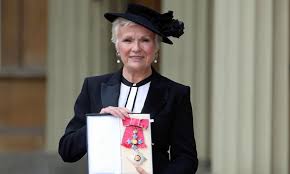 She broke the news in an interview with the BBC and admitted when her doctor told her, she was blown away. However she also says she was able to cling to the positive when that same doctor told her the problem could be fixed.

The 69-year old starred in projects like “Mamma Mia” and “Billy Elliot” after coming to prominence in the early 1980s with the lead role in the movie “Educating Rita.”

But she says, even though with chemotherapy and now a clean bill of health she may have to put most of her career behind her.

Walters was shooting the film “The Secret Garden” with Colin Firth when she got the news and now admits that may well be her final movie.