HOW PREPARED IS CANADA FOR A POSSIBLE CORONAVIRUS OUTBREAK?

Canadian medical experts say the country’s already stretched emergency rooms will find it difficult to cope if a true outbreak of the novel coronavirus were to take hold in Canada. 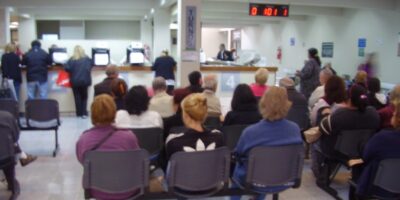 The risk of contracting the virus in Canada right now is extremely low, and public health officials have been lauded for their efforts to detect and isolate the nine confirmed cases in the country so far.

But the recently confirmed case involving a Canadian woman in her 30s who contracted the virus in Iran has raised concerns about a possible increase in undetected transmissions around the world.

Canada has taken major steps to prevent the kind of tragedy that befell Ontario during the outbreak of SARS in 2003 that led to 44 deaths, including the creation of the Public Health Agency of Canada to co-ordinate a nationwide response.

But if a pandemic were to spread to Canada today, emergency room physicians worry Canadian hospitals already operating over capacity would find themselves unable to manage the influx of patients, which could contribute to further spread of the disease.

Canada’s chief medical officer Dr. Theresa Tam agrees hospital capacity is a critical part of Canada’s preparedness plans, but adds that it’s also something the country is used to coping with during very bad flu seasons.