CANADIANS IN IRAN CAN'T LEAVE DUE TO OUTBREAK OF CORONAVIRUS

Canadians in Iran say they have no way to leave the country now that it’s dealing with an outbreak of the novel coronavirus. 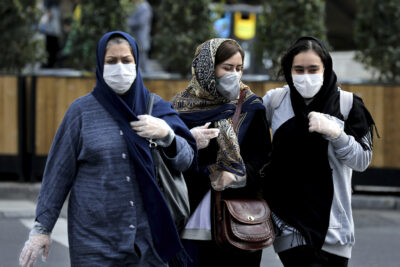 They’re asking Ottawa to help them come home or at least provide consular services while they are there.

The federal government has repatriated more than 500 Canadians and their families from areas affected by the new strain of coronavirus, including Wuhan, the central Chinese city at the centre of the outbreak, and the Diamond Princess cruise ship in Japan.

The virus known as COVID-19,recently spread to Iran, which has confirmed 95 cases and 16 deaths in the last week alone.

Even the Iranian deputy health minister has tested positive for the virus.

Several countries neighbouring Iran have closed their land borders to anyone travelling from Iran following the viral outbreak and some others have also restricted air travel to and from the country.

Canada has not had a diplomatic presence in Iran since 2012 and Ottawa advises Canadians travelling to Iran that the Canadian embassy in Ankara, Turkey, is responsible for providing consular assistance for Iran.

Foreign Affairs Minister Francois-Philippe Champagne said Canada is monitoring the global coronavirus situation very closely, particularly in South Korea, Italy and Iran, which have all seen sudden spikes in the number of people infected with the virus.

He said he’s been in touch with foreign ministers from several countries for more information about the situation abroad, and advises anyone thinking about leaving Canada on an international trip to inquire about the status of the coronavirus in the place they are travelling to.

Meanwhile, all the Canadians and their families repatriated from Wuhan have all been released from quarantine at Canadian Forces Base Trenton.

Canada’s top health official approved the release of the final 195 Canadians and their families after two weeks of observation.

A group of 219 evacuees were allowed to leave the base last week after passing a final round of health screening.