COVID 19 GETS THE BETTER OF BOND FOR NOW

The ne’er-do-wells have never been able to stop him, but it appears COVID 19 is going to slow him down. 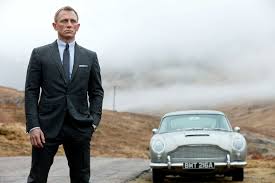 The release of the new James Bond film “No Time To Die” has been pushed back from April to November over global concerns about the virus.

The announcement from producers Barbara Broccoli and Michael Wilson cited consideration of the global theatrical marketplace in making the decision.

The Bond films make a significant portion of their profits from international markets. “Spectre” made almost $700-million from overseas theatres in 2015, $84 million of that came from China where the coronovirus first surfaced.

Publicity tours in China, Japan and South Korea had already been cancelled.