“We really really need employers across the city to step up and if they haven’t already, voluntarily indicate to their employees that they can work from home because that’s going to make a big contribution to social distancing,”  appealed Mayor John Tory on Monday morning. 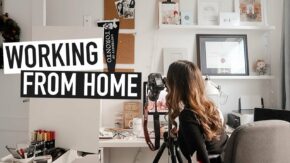 John Tory made the comments  as he continues to self-isolate at home after a trip to London, England last week.

Prime Minister Justin Trudeau plans to address the nation Monday at 1pm to update Canadians on the latest action being taken to try to slow the spread of the new coronavirus.

Cabinet ministers leaving a meeting in Ottawa Sunday night promised big action, but did not elaborate.

The number of confirmed cases in Ontario climbed on Sunday by 42, bringing the provincial total to 145, with five recoveries.

Provincial governments, including the Ford Progressive Conservatives, are ramping up efforts to fight the virus.

The Ontario Tories are drafting a bill to ban employers from demanding sick notes for those in self-isolation or quarantine because of COVID-19.

The premier is scheduled to make an announcement at 11, joined by the health and finance ministers.

The judicial system is now affected, with the Ontario Superior Court of Justice suspending operations as of Tuesday, postponing all trials except the most urgent.

And Starting Monday, all Provincial Offences Act courtrooms in Toronto will be closed through April 3rd.

Individuals who were expected to appear in court are not required to attend and will be notified of new court dates.

GoodLife Fitness and Fit4Less across Canada are closing effective immediately due to COVID-19 outbreak. Mandarin is suspending buffet and dine-in service at all 29 locations starting Monday.

Meantime, a Canada Border Services Agency officer at Toronto’s Pearson Airport has tested positive for COVID 19. A statement from the CBSA says the individual is in isolation at home and steps are being taken to clean the area where the officer worked.

With concerns around inadequate screening for arriving passengers at Pearson over the weekend, a statement has been released by the union representing customs and immigration officers, saying the government has been called on repeatedly to improve measures to ensure proper screening.