He first achieved fame as an announcer but later moved into sketch comedy on the “The Carol Burnett Show.” 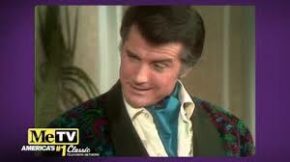 One of his characters was “Hugh Handsome” who continuously made Burnett swoon.

Lyle Waggoner, the sable-haired heartthrob, who also found fame playing opposite Linda Carter in “Wonder Woman” has died from complications of cancer at the age of 84.