With historic spending blitzes underway by governments, a new report suggests two million Canadians have been laid off or are at immediate risk of layoff as a result of public health measures to combat COVID-19. 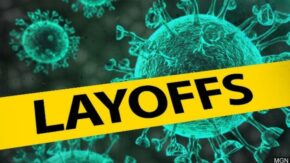 According to the Canadian Centre for Policy Alternatives, Toronto alone could have over 260,000 newly unemployed people, translating into an unemployment rate of 12.4 percent, up from 4.5 percent in February.

The report’s author David Macdonald says, “the jobless rate in March is on track to be the highest in 70 years, and we’re only at the beginning of the economic fallout.”

Another recent survey reveals more than half of small business owners in the country have started laying off staff.

And the same poll by the Canadian Federation of Independent Business suggests one-third of business owners say they cannot survive more than a month under current conditions.

“Unparalleled, unprecedented proportions. That’s the devastation levels to our economy and this survey is still active so the numbers are changing,” CFIB’s Julie Kwiecinski told Zoomer Radio’s Fight Back with Libby Znaimer.

She adds, small business confidence has fallen to a new low.