An award winning Polish conductor and one of the world’s most popular contemporary classical music composers has died. 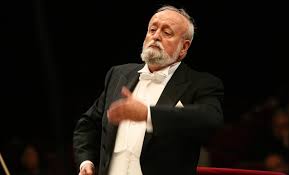 Krzysztof Penderscki died yesterday at his home in Krakow following a long illness.

One of his more noted pieces was “”The Awakening” which he wrote for the 1980 film “The Shining.”  It was described as  the scariest music in the movie.

A statement called him a “Great Pole, an outstanding creator and a humanist” who was one of the world’s best appreciated Polish composers.