He was a noted stage actor, but most people will remember him as the blustery, comic foil on the TV series “Wings.” 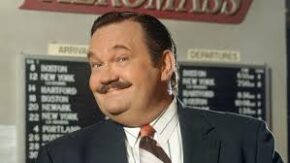 David Schramm, who played the airline owner Roy Biggs, has died in New York.  No cause was given by his publicist when he confirmed Schramm’s passing.

Among his other TV roles were appearances on “Miami Vice” and “Another World”.

He also appeared on stage in productions of “King Lear,” “Three Sisters” and “Finian’s Rainbow”.