Almost 800,000 people applied for the Canada Emergency Response Benefit on the first day applications were being taken on Monday.

The program provides individuals with up to $500 a week for 16 weeks during the COVID-19 pandemic. 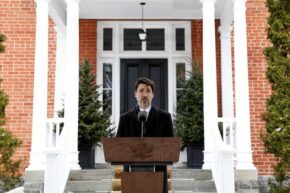 It’s currently limited to people who suddenly have no income, but Prime Minister Justin Trudeau said Monday it will soon be expanded to include more people and situations.

MP Francesco Sorbara is parliamentary secretary to the federal revenue minister. He told Zoomer Radio’s Fight Back with Libby Znaimer, people 65 and over who are collecting CPP and OAS are eligible if they’ve also been working.

“So they’re working part time, 20 or 30 hours a week, and they’ve met that eligibility threshold of making at least $5000 of income for the last twelve months or for 2019, and have been laid off or had their hours effectively reduced to zero, they are then eligible for the CERB in addition to collecting their pensions,” Sorbara explained. Listen to Sorbara’s full conversation with Libby by clicking here.