Staying sharp during the COVID-19 pandemic is hard enough when all members of an orchestra are situated in one city. But, with members spread across 20 counties with no physical home or government or arts funding, it’s even tougher for members of the Mahler Chamber Orchestra. 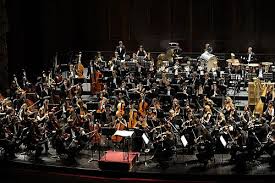 The Mahler group has received plenty of acclaim, but unlike most other orchestras has no home concert hall or rehearsal space. The musicians only meet to go on tour, usually rehearsing when they arrive in the first city of each trip. But for those trips to resume, they don’t just need concert halls to reopen, they need airports, hotels and borders to re-open too.

The orchestra receives no state funding with more than 90% of its income coming from ticket sales. The orchestra’s managing director expects they’ll lose almost $3 million in earnings, if they don’t play again before this summer.  One of their now cancelled gigs was at New York’s Carnegie Hall.