The man who produced a string of hit TV comedies over the past 40-years has died of complications from heart disease. 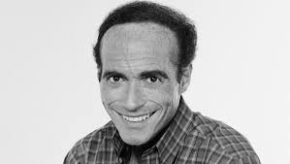 Among the many sitcoms attributed to Thomas L. Miller were “Perfect Strangers” and “Full House.”

Miller worked in movies before switching to television where he developed programs like “The Odd Couple” and “Love, American Style.”  He worked with Garry Marshall on sitcoms like “Happy Days,” “Laverne & Shirley” and “Mork and Mindy.”