We are finding our how a lot of Ontarians are coping with the stay at home order during the COVID-19 pandemic. 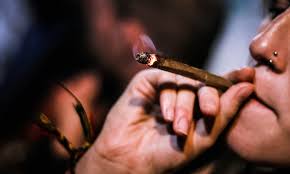 According provincial figures, on-line cannabis sales have increased in Ontario by as much as 600% since the beginning of March.

The Ontario Cannabis Store says over the over the past six weeks, the same period that COVID-19 spread across the country, figures show that legal pot appears to be a more “habitual” purchase than a one-time novelty.

Daily online orders hovered in the mid-2,000 range for the first half of last month but abruptly tripled to more than 6,000 on March 16, the same day the Prime Minister announced Canada would restrict entry at the U.S. border.

Then, the same day Ontario declared cannabis stores were not an essential business, on-line sales shot to a high of nearly 14,000. The retail stores were able to re-open four days later but only with curbside and delivery service.