A long time health care worker at a Scarborough long term care home has died during a COVID-19 outbreak. 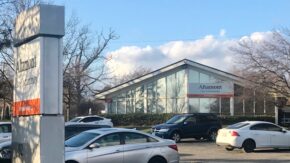 The employee was a woman in her 50s and a personal support worker at Sienna Altamont Care Community.

Her union president Sharleen Stewart says it’s believed the woman contracted the virus at work, and says 18 other employees at the facility have tested positive for COVID-19.

“The proper PPE equipment was not used, infection controls were not put in place,” Stewart explained, “The minute there was a first outbreak, we had to argue with that employer to be able to implement infection control and precautionary measures in that home.”

Stewart says the employer initially said the workers were given the top protective N95 masks, but later it was discovered they were not N95s.

Stewart says the Ford PCs at Queen’s Park have to take control and make directives and get more help for the homes.

The premier announced Thursday help is on the way.