Hamilton-raised Broadway star Nick Cordero’s right leg has been amputated due to complications from COVID-19. 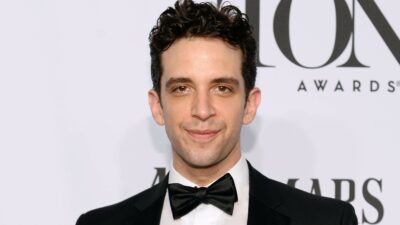 His wife Amanda Kloots says the blood stopped flowing to Cordero’s leg after he was put on an ECMO machine.

41-year-old Cordero, who was nominated for a Tony Award in 2014 for his performance in “Bullets Over Broadway,” has been battling the virus for more than two weeks.

His wife, former Radio City Rockette Amanda Kloots, has been posting updates about his condition on Instagram.

The dancer-turned-celebrity personal trainer announced earlier this month that Cordero tested positive for COVID-19 in a Los Angeles hospital.

At the time, she said he was unconscious and on a ventilator, but showing signs of improvement.

Kloots has said Cordero recently got a new infection in his lung, which caused his fever to spike, blood pressure to drop and heart to go into an irregular pattern.

She says that’s when doctors put him on the ECMO machine, as well as dialysis to support his kidneys.

A GoFundMe page has been created to help the family pay for medical expenses.