The Ford Government has reached a tentative three-year agreement with the Ontario Secondary School Teachers’ Federation. 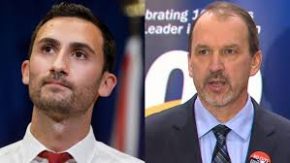 The deal means the fourth and final major teachers’ union in the province has agreed to a deal. It ends months of labour unrest with the province that saw, at one point, all the unions engaged in some sort of job action against the province.

In a release, Education Minister Stephen Lecce, says the priority has always been to reach good deals with teachers and education workers…and he adds deals have now been reached with every education union in this province.

That is financial support provided to parents for each day of school or child care their kids missed on account of labour disruptions.

OSSTF President Harvey Bischof released a statement that reads, in part: “While this tentative agreement does not satisfy all of our concerns, we recognize the current environment we are in and the need for students to have stability once this emergency is over.”

Teachers will vote on the deal in May.