He came to prominence on TV back in the 1960’s but it was the part of Eb Dawson that brought him fame. 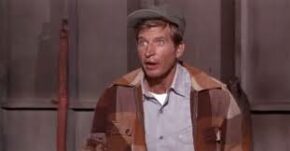 The Mississippi raised actor says he beat out 400-others for the part because he actually knew how to milk a cow.

Lester was the last surviving member of the “Green Acres'” cast which aired from 1965 yo 1971.

He died in Nashville yesterday from complications from Parkinson’s disease.