Boris Johnson has become only the fourth British prime minister in 150 years to welcome a baby to 10 Downing Street, the prime minister’s official residence in London. 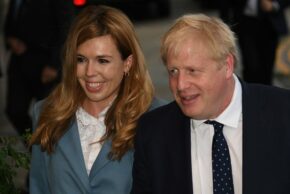 His fiancee Carrie Symonds, who is 32, gave birth to their son early Wednesday.

This is Boris Johnson’s sixth child, and Symonds’ first.

Johnson, who is 55, recently recovered from COVID-19 which put him in hospital and in intensive care.

The new family-of-three will be following the leads of former Prime Ministers David Cameron and Tony Blair, who both became fathers while in office and had the highly unusual experience of raising children at Downing Street.

The fourth Prime Minister to become a father in office was First Lord of the Treasury, Lord Russell, whose second wife, Lady Russell, gave birth to two sons, George and Francis in 1848 and 1849, respectively.