One of the finest and most prominent classical musicians of his generation has died. 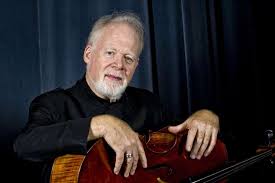 Grammy winning Cellist Lynn Harrell performed as a soloist with just about every major orchestra in the U.S. and Europe and was beloved as a generous chamber music colleague, a respected teacher and a musician’s musician.

When he made his debut at Carnegie Recital Hall at the age of 20 in 1964, the New York Times reported, “He has music in his bones, plus a technique that a cellist two or three times his age can envy.”

Harrell’s wife, violinist Helen Nightengale, confirmed his death on social media but did not offer a cause.