We Canadians will get an update Thursday on two of the emergency aid programs the federal Liberals have initiated to help people during the pandemic.

The parliamentary budget officer is scheduled to post the cost of the 75 per cent wage subsidy, the largest economic policy in Canada since World War Two.

Yves Giroux will also provide costing on the Canada Emergency Response Benefit, which is providing $2000 a month for four months to Canadians forced out of work due to COVID-19.

Prime Minister Justin Trudeau has promised funding for older Canadians, but there is not expected to be any new funding announcements during his daily briefing today. 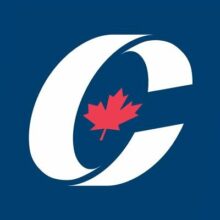 The campaign was called off on March 26th due to the impact of COVID-19, but members of the organizing committee have decided to resume the process.

Many pundits say now is not the time. But they also recognize that outgoing Leader Andrew Scheer is doing a dismal job of providing opposition during COVID-19.

“And of course Dr. Tam is of Asian descent, so it didn’t take much to realize that this was a blatant playing of the race card,” Bird explained, “I noticed Michelle Rempel Garner, a Conservative MP from Alberta, Michael Chong, Conservative MP from Ontario were out literally minutes later denouncing this idiot’s statements toward Dr. Theresa Tam. It took Andrew Scheer six days.”

Ballots for the next Conservative leader will need to be received by August 21st, with the result announced soon after.