THE DALAI LAMA CUTS AN ALBUM

It might not be an instant chart topper but the 14th Dalai Lama is releasing a debut album. 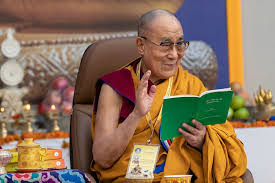 And no, that’s not the name of some psych band called “The Dalai Lama,” this is the real deal from the the spiritual leader of Tibetan Buddhism.

The “Inner World,” album features 11 tracks of various chants and mantras from the spiritual leader with contributions from musicians including the daughter of sitar master Ravi Shankar.

The album is to be released July 6th, to mark the Dalai Lama’s 85th birthday.