They’ve been known as “Lady Antebellum” for 14 years. 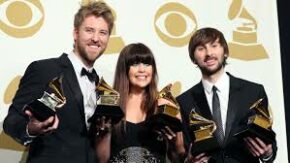 The five-time Grammy winning, Nashville-based, band has now officially changed its name to “Lady A” because of the connection the word “antebellum” has to the slavery era in the U.S.

Antebellum usually refers to white culture and architecture in the American south before the Civil War.

In a statement on Twitter, band members say their eyes have been opened to “the injustices, inequality and biases black women and men have always faced” and to “blind spots we didn’t even know existed.”

The band took its original name from the antebellum style of the house where their first publicity photos were shot in 2006.