There will be no tennis in Toronto this summer because of COVID-19. 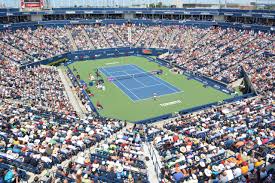 Tennis Canada says in a statement the Rogers Cup men’s tennis tournament will not be played in 2020, but will be pushed back until August 7th next year and will be played in Toronto.
The annual ATP Tour event, which rotates between Toronto and Montreal, was scheduled to be played August 8th to the 16th at the Aviva Centre at York University.

The Rogers Cup 2020 women’s tournament in Montreal was already cancelled earlier this month and rescheduled for next year in the same city.

Robert Bedard of Saint-Hyacinthe, Quebec, is the most recent Canadian winner, capturing the title in 1955, ’57 and ’58.

FORD GUARANTEES ONTARIANS WILL ALWAYS HAVE ACCESS TO OHIP, SWALLOWS BEE DURING REMARKS