Another petition is circulating online in Montreal to rename a Metro station in the city’s southwest after Canadian jazz great Oscar Peterson. 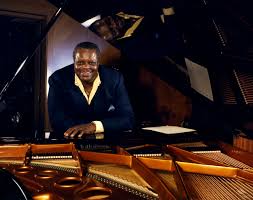 Last week, 12 years after a grassroots attempt to see the Lionel-Groulx station renamed fell short, a resident of the Montreal borough where the metro hub is located, launched an online petition that’s gaining steam.

Peterson was born and raised in Montreal’s Little Burgundy district and went on to become one of Canada’s most notable musical talents.

At the moment, the only recognition the eight-time Grammy winner has in the city of his birth are a park in Little Burgundy that’s name after him and a concert hall at Concordia University.

Peterson died in Mississauga in December 2007 at age 82.