MARKING THE 30th ANNIVERSARY OF THE OKA CRISIS

Rolling convoys are marking the 30th anniversary of the Oka crisis in Mohawk communities near Montreal. 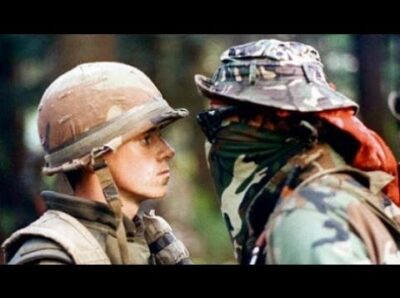 Thirty years ago Saturday, on July 11th, 1990, Quebec provincial police moved in on a barricade erected by Mohawks in the spring to protest the planned expansion of a golf course on what is ancestral land in Oka, about 50 kilometres northwest of Montreal.

A provincial police officer was killed and a 78-day standoff between Mohawks and Canadian soldiers followed.

In Kanesatake, northwest of Montreal, locals loaded into their vehicles and came down the main road, honking horns and waving Mohawk flags to mark the day.

A similar event took place earlier Saturday in Kahnawake, southwest of Montreal, where a rolling convoy of vehicles from that community stopped on the Mercier Bridge, which was barricaded in a solidarity for those manning posts in Oka.

The 1990 siege ended when the expansion was cancelled and the barricades came down.