China’s foreign ministry has complained that American law enforcement officials improperly entered its consulate in Houston, which was ordered to close in an escalating diplomatic feud. 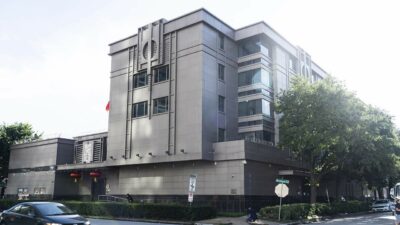 The ministry gave no details, but federal agents checked the consulate’s doors and a locksmith was seen working on a lock Friday after Chinese diplomats left ahead of a 4:00 p.m. deadline to close.

U.S.-Chinese relations have plunged to their lowest level in decades amid conflicts over trade, technology, Hong Kong, spying accusations and complaints of abuses against Chinese Muslims.

The Trump administration ordered the Houston consulate closed this week.

Beijing responded by ordering Washington to close its consulate in the southwestern city of Chengdu.