Brampton’s mayor calls it grossly irresponsible; a house party of some 200 people in his city on Saturday night.

Patrick Brown says the home owners have been charged with violating emergency orders related to COVID-19 by allowing a gathering of more than 10 people. 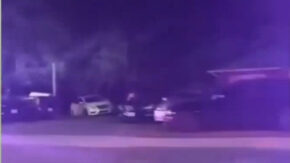 Peel Police Officers were called to the home at Countryside Road and Goreway Drive for a noise complaint and then broke up the party before midnight.

This was not the only party in Brampton on Saturday night. Mayor Brown says several homeowners were also charged under the Emergency and Civil Protection Act.

Meantime, a single party has been blamed for a number of recent COVID-19 infections in Ottawa.

“I think it was responsible for ten or twelve episodes of the disease and this is exactly the point we’re trying to get across to people, which is that it only takes one person at a party in close quarters with others, no masks, no distancing for that to spread to six, eight, ten others. They take it home to ten others, and you do the math from there,” said Mayor Tory on Monday morning.

Ottawa has been in Stage 3 since July 17th.