He was widely known for his Canadian Press sign off…”Peter Ray – Montreal.” 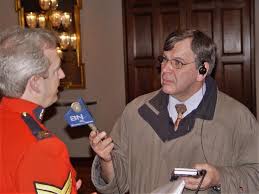 Peter Rakobowchuk (real name), has died after a battle with liver cancer.

He was born in Verdun, Quebec, began his career as a disc jockey and joined the Canadian Press affiliate Broadcast News in in 1979.

In his final Facebook post a week ago he urged people to get tested for COVID-19 after his came back negative.