The Indian Ocean island of Mauritius has declared a “state of environmental emergency” after a Japanese-owned ship that ran aground offshore days ago began spilling tons of fuel. 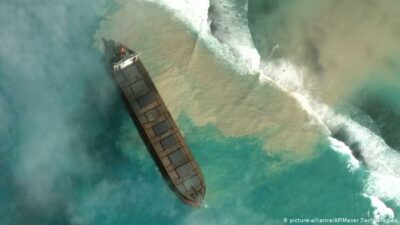 Mauritius says the ship was carrying nearly 4,000 tons of fuel.

Jugnauth appealed to France for help, saying the spill “represents a danger” for the country that relies heavily on tourism.

France is sending aid from its nearby island of Reunion.